With the big game on Sunday, it’s almost impossible to go online without seeing something pertaining to the Super Bowl. While I enjoy hearing about the Patriots, one thing that really caught my attention has been all the talk regarding the widely anticipated Super Bowl commercials. I like Super Bowl commercials just as much as the next person, but I was surprised that I am already seeing the full commercials before the game has even happened. Did I miss something? Isn’t the point of paying 3 million dollars so the commercial will have its big debut during the Super Bowl, not weeks before on the internet? Well I really thought about this and tried to figure out the reasoning behind this new marketing strategy. While at first I was rather confused by this approach I do think it can have a positive impact for some companies, but definitely not all.

I just recently saw Chevy’s 2012 Super Bowl ad “Happy Grad,” a simple yet memorable commercial. Although it was posted early on the internet, it is greatly entertaining, which puts Chevy in a good position for when it does air. People are already talking about the commercial, which adds to the anticipation of other viewers. Instead of just being viewed during and after the Super Bowl, Chevy’s ad is being seen before the game has even started. The “Happy Grad” ad has already had 905,921 views on the popular site YouTube. The commercial will have a much longer lifespan than ads that are waiting to air on Super Bowl Sunday. This strategy has also given Chevy the advantage of having a larger return on investment by allowing their commercial to circulate for a longer amount of time on the internet and television. People will constantly be seeing the Chevy brand, giving them more incentive to buy from them. While this is a risky strategy, it works for Chevy because they have a good commercial that viewers find desirable.

While Chevy will most likely see a positive impact from releasing their commercial early, not all companies will get the same outcome. Another 2012 Super Bowl ad done by Lexus is called “The Beast.” Sounds pretty cool, huh? Well don’t let the name fool you because this commercial isn’t that special. When I began watching it, I was pretty interested, but then it became rather predictable and unexciting. I really didn’t find it entertaining and wouldn’t be too excited to see it again during the Super Bowl. While this may be my personal opinion on the ad, I think many people would feel the same way about seeing a commercial in the future that they didn’t even enjoy the first time. For me, now that I have already seen this commercial, I really don’t feel a need to pay attention to it again during the Super Bowl. I think this is a great downside to companies posting commercials that aren’t very entertaining and enjoyable before they are supposed to air. People already know what the ads are like and may not have an interest in them the second time around. Now that this Lexus ad has been around for over a week, people might even be sick of it by the time it actually airs. 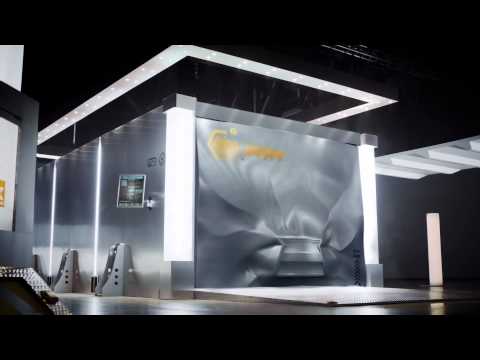 Overall I think it’s a pretty risky strategy to post your Super Bowl commercial before the actual game. You really have no idea how people will react to your ad and once it’s out, it’s out.  Viewers like the element of surprise and seeing Super Bowls ads before the game just doesn’t have that same effect. While some companies like Chevy may see a positive outcome from posting their ad, not all will get the same response. I was really surprised to see this happen this year and while I may understand the reasoning a little better, nothing beats seeing new commercials on Super Bowl Sunday.

Do you think releasing Super Bowl ads early is a good strategy? Will it detract from watching on game day? Tweet us @451Heat to share your thoughts!

Bonnie is a 451 Marketing Marketing Intern. She is a senior at Worcester State University majoring in Business Administration.