As you most likely have already heard, tragedy struck during a live television interview on Wednesday. Two WDBJ Virgina employees, Alison Parker and Adam Ward, were shot and killed by former disgruntled coworker, Vester Flanagan.

The Thursday morning broadcast was an emotional one for WDBJ. Kimberly McBroom, the anchor that was on air during the shooting, lead the broadcast as well as a moment of silence for Alison and Adam. The station has received an abundant amount of support from outsiders, and fellow news stations. Outsiders have delivered food, and fellow stations have flown to Virginia to help out.

The director of the station, Kelly Zuber, stated that it is the small things, now that are stirring up emotion and memories, such as when she passed Alison’s car in the parking lot, and saw her clothes inside. She also said of her colleagues,

“They cry, they hug, then they get the job done and that’s all I can ask of them right now.”

For more information, see this article.

Under the Radar: Uber Competitor Coming to New York

New York cabs have been at a loss due to Uber, and they are now firing back. Creative Mobile Technologies has formed a partnership with Arro to create an app that will allow users to hail yellow and green cabs via their smartphone.

Arro claims that their services will be cheaper, faster, and more reliable that Uber’s. They will not surcharge during busy times, and will also opt out of a fee (which Uber charges) for when a taxi is hailed. But will users switch over? Arro and Creative Mobile Technologies are just going to have to prove themselves.

Tool of the Week: Instagram is no Longer Square

Ladies and gentlemen, they have finally done it. Instagram is no longer forcing users to crop their photos into a square, or use outside apps to keep photos in their original rectangular glory. But of course, there is still the option to post square photos. By making this change, Instagram is appeasing a wide range of users who may want a little more flexibility in the media they post.

Around the Hub: Don Orsillo to be Replaced

Don Orsillo, the loved voice of the Red Sox telecasts, will not be returning for the 2016 season. Orsillo’s  contract with NESN is up at the end of the season, and it will not be renewed. Fellow announcer Jerry Remy fought tears as he spoke about their time together coming to an end,

“I just want to say that for the last 15 years it’s been an absolute pleasure to work with Don. I’m truly going to miss him on a personal side and he’s become a very close friend of mine.’’

A fan favorite, Orsillo is known for his humorous interactions with Jerry Remy like this one: 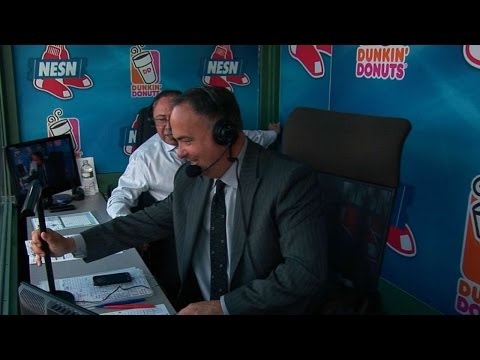