The big game is this Sunday, and that means the most expensive ads on TV are also being released. Like always, we’re seeing a lot of ads slated for the Super Bowl being revealed already.

END_OF_DOCUMENT_TOKEN_TO_BE_REPLACED

This past Tuesday night, President Barak Obama delivered his 2015 State of the Union address.

END_OF_DOCUMENT_TOKEN_TO_BE_REPLACED

This Sunday arrives arguably the biggest day of the year for advertisers: the Super Bowl.

END_OF_DOCUMENT_TOKEN_TO_BE_REPLACED

In contrast to the decades-old tradition of building anticipation for much-venerated Super Bowl spots, the past few years have marked the new, digital tradition of advertisers releasing their commercials online long before the game airs in hopes of capitalizing on fans’ building excitement – and tendency to share on social media.

PepsiCo, Axe, and Doritos are among many brands jumping the gun before Sunday’s Super Bowl XLVII in broadcast, releasing commercials on Facebook, Twitter and YouTube. Consumers are willingly watching these ads – shorter, extended, and original versions – and discussing them both on and offline offering up a rare opportunity for advertisers that is difficult to pass up. While these commercials are usually kept under wraps until the last second, each brand is hoping to garner as much attention as they can for their ads, and win the title of ‘most talked about Super Bowl spot’.

Toyota’s “Wish Granted” ad featuring Big Bang Theory’s Kaley Cuoco is thus far the most viewed Super Bowl ad, with over 6 million views on YouTube. The ad debut on Jan. 27, and isn’t the version of the ad that will run during the Super Bowl – this version runs 60 seconds long, but the original is only 30 seconds. 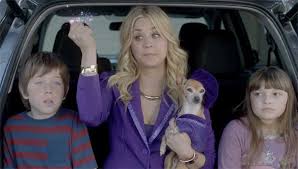 CBS is charging an estimated $3.7 to $3.8 million for 30 seconds of airtime, with certain ads even going for $4 million. Some are questioning whether pre-aired ads are throwing millions out the window, especially if consumers respond negatively to ads: Volkswagen of America has had to contend with a multitude of criticism since its ad aired on Monday. The ad, called “The Force,” features a white man in an office speaking in a Jamaican accent, encouraging drivers to take on a carefree, stereotypically Jamaican sensibility by driving a Volkswagen. The commercial has incited claims of cultural insensitivity and racism. A failure? Perhaps, but at least it wasn’t played out on the world’s biggest stage like Groupon’s 2011 commercial fiasco.

Are you not going to be able to watch the Super Bowl live? Or need up to date information all day Friday, Saturday and Sunday leading up to the game? Then you have come to the right place! Here is how you can keep up with all things Super Bowl!

@VernonDavis85 – with over 2 million followers, the Niners tight end is a social media force to be reckoned with…plus he is raffling off tickers for $2!

@BillSimmons – maybe being a Boston guy helps him make my list, but he is a reporter who has more on his mind than just the game, like all the awesome prop bets you can make (can you guess the odds of what color the Gatorade that will be spilled on the winning coach? He can!)

@RandyMoss – Mainly because there is a great chance he says something crazy, offensive, outlandish or controversial.

@AdamSchefter – One of the, if not the most followed reporter on Twitter, Schefter will be in on every major news story and event leading up to and during the Super Bowl.

@SuperBowl – I think this last one is self-explanatory.

@RichEisen – Eisen is a long time ESPN anchor and reporter who tweets prolifically, will be in New Orleans, and regularly interacts with fans who ask questions, agree or disagree with him.

Facebook really wants to make this whole gifting thing work. Like really, really badly. They launched Facebook Gifts a few months ago, but haven’t experienced a very strong uptake. Because, um, why purchase a gift through Facebook (where privacy is a little sketchy) when you can purchase it through the retailer’s website? But still intent on making gifting a success, Facebook launched the Facebook Card this week.

In an effort to make it easier for people to gift their friends on Facebook, the social network has launched a reusable gift card that can be reloaded with balances from multiple stores, including Target, Jamba Juice, Olive Garden, and Sephora. And, of course, you can manage all of your balances from the Facebook platform.

Kind of cool, but Facebook seems to be seriously behind on the whole electronic gift card thing. Once a friend purchases a gift for you, Facebook mails you a plastic card. Um, aren’t we moving away from cards and toward being able to pay for gift card purchases with our phones? It’s nice the one card can manage multiple balances for different stores, but who wants to carry around cards anymore? And just how many balances do you think people will have on their Facebook Card at one time? This show Facebook obviously thinks their system is going to be a huge success. It would have been much smarter for Facebook to have developed an app that would act as an electronic gift card, allowing users to pay in-store with their phones. Maybe next year!

Do you think the Facebook Card will take off or is it just another silly attempt for Facebook to make money?

Around the Hub: Grub Like a Champion on Super Bowl Sunday

All around Boston, NFL fans are kicking into high gear preparing to watch the ultimate showdown. Even though the Patriots aren’t up for the title, it’s still a day to kick back and celebrate the event. Whether you’re a football fan or just excited about the commercials, there’s no denying a big part of the day is what we’re munching on while watching.  Whatever style you choose for viewing the Super Bowl XLVII, there is a perfect place or way to make sure to grub like a champ.

If you’re hosting a Super Bowl party, Au Soleil Catering is the way to go. Boston’s Best Caterer allows fans to leave all worries of preparation, dirty dishes, and distraction from the game behind, offering the same dedication to excellence in cuisine and service as if the party were taking place at its sister restaurants (L’Espalier and Sel de la Terre). Some of the possible hors d’oeuvres options include: Lobster Mac and Cheese; Tuna Tartare; Braised Beef Arancini; Curry Roasted Chicken Wings with a Cilantro Lime Yogurt; House made Smoked Paprika Potato Chips with Chipotle and Avocado Dipping Sauce; Roasted Chicken, Goat Cheese, and Caramelized Onion Flatbread. There is 20 person minimum and orders must be made at least 48 hours in advance, and can be customized upon request.

For those of us who aren’t fortunate enough to be heading to New Orleans, Darryl’s Corner Bar & Kitchen will be offering a little piece of the South this Sunday. Darryl’s is giving guests the opportunity to enjoy some traditional New Orleans favorites. Darryl’s “Super Bowl, Super Deal” menu includes: Jumbo Wings (Country Fried, Buffalo, Bacon BBQ or Peach Sweet Chile),50 wings $60/100 wings $100; Jambalaya (half-pan), $85; Chili (half-pan), $85. A half pan serves 15 to 20 guests, and orders must be places by Thursday, January 31.

Last but not least, Ducali Pizzeria & Bar will also be serving Super Bowl specials this Sunday only, including: their famous Italian nachos, homemade soft pretzels and Italian style hot wings. Ducali’s Nachos Italiano are made with homemade pizza dough chips baked with mozzarella cheese, hot pepper, salami, and served with a spicy tomato sauce;  $8.The Italian wings are Ducali’s version of Boneless Fingers made with Italian spices and served with a parmesan gorgonzola dipping sauce; $8. To complete the line-up, the homemade soft pretzels are $5.These tailgate treats are all available all day Super Bowl Sunday (11:30 a.m. until midnight).

Whether you’re having a Super Bowl party or going out to celebrate this Sunday, Boston has great options to practice smart grubbing!